realKNX is a complete system implementing the visualization and control of a KNX installation. It allows voice control without the need for any cloud services. The configuration is done through an ETS product database without any third party software. Consequently, this means that the configuration of Visualization, Voice Control, Logical Functions, and Augmented Reality is automatically loaded from proServ in run-time.

realKNX not only supports popular online voice assistants, but also Snips. Snips is an offline voice assistant which runs exclusively on the device, thus guaranteeing your privacy. It also has an added advantage: it is easier and quicker to install than any other system available.

Here an overview of the offered products and functionalities 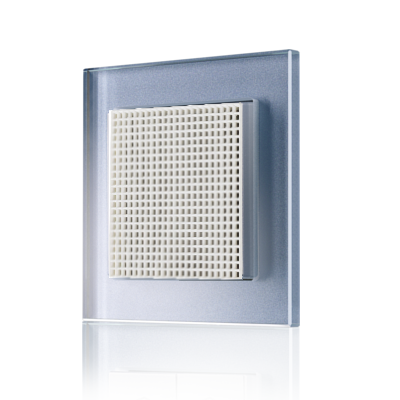 Aragon enables offline voice control from a flush mounted box. This device is compatible with most switch fronts in 55 x 55 mm, due to its compact size. Aragon supports these many functions:

Aragon is available in two versions: 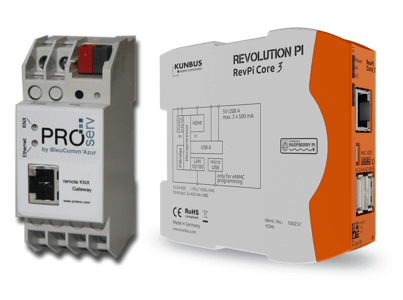 In addition to the functionalities mentioned above, realKNX Air also supports Google Home and Alexa, as well as remote connection. As a result, this solution is ideal for home automation, as you can use different assistants in the same installation. For voice control with Snips you will need a realKNX Satellite.

The realKNX package is composed of a server and a proServ. 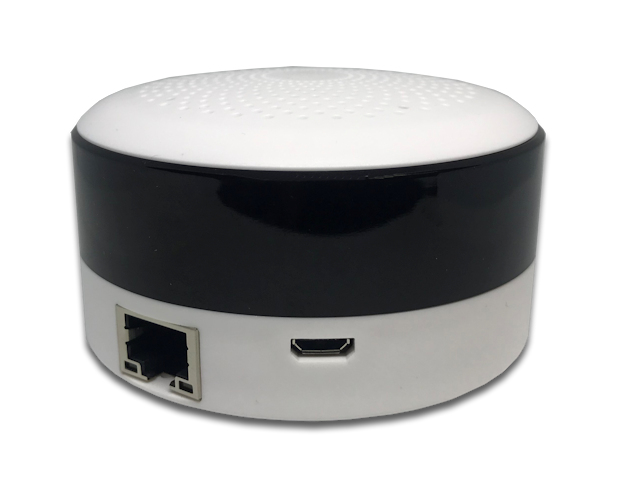 ARAGON WL Satellite is the table unit for offline voice control with Snips. The advantage of this product is that each device can be parameterized for its room, so that the space-related commands for light, shutters, and heating are understood without having to enunciate the room name. ARAGON WL Satellite can be used as a extension for a realKNX Air, a realKNX O-two or an ARAGON Base installation.

The ARAGON WL Satellite communicates with WiFi or an RJ45 Ethernet connection. 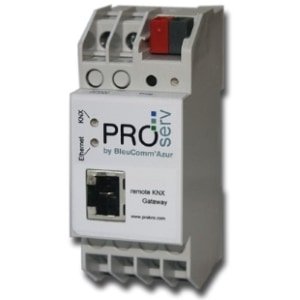 The centralized configuration of the building structure is done at only one point by means of an ETS product database. KNX proServ alone is able perform the following missions: