Please ask for pricing of our Pro edition for public buildings (hotels, hospitals…) 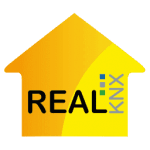 realKNX O-two is an autonomous and Offline Voice Control System for Hotels and Meeting rooms. The system consists of one or more ceiling mounted units and one KNX-proServ.

The combination of the smart speaker/microphone and the proServ enables all the features and services described below.  With this solution there will be no hidden or extra costs. Once installed, it will continue to work and never break because of cloud service failures or changes. 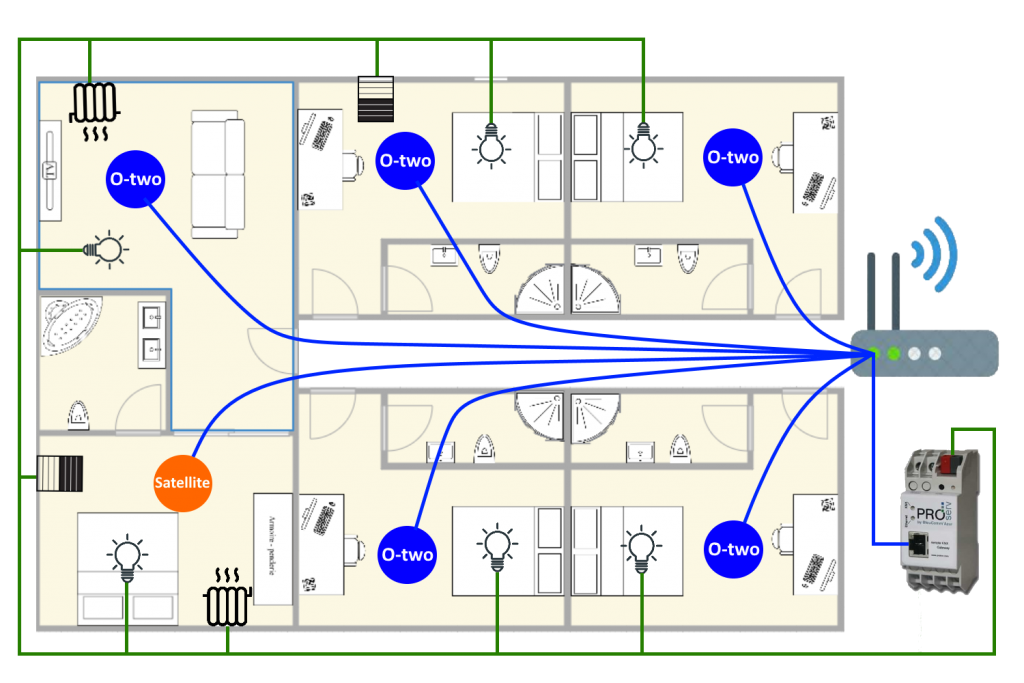 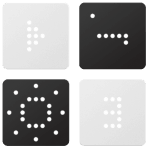 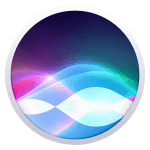 Voice control with Siri is very easy to activate, as both the building and function structure are directly taken over by HomeKit. Only one pairing process translates and activates immediately up to 99 KNX functions.

The product has not been certified for HomeKit®. 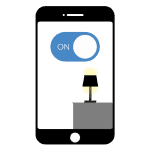 The realKNX augmented reality (AR) enables another special feature: The user can operate the KNX devices through the camera of his smartphone. If you direct the camera on an object from the real world, the corresponding controls are displayed on the screen (Like Pokemon Go).The augmented reality functionality is configured via the preinstalled realKNX designer.

A milestone in the intuitive operation of a KNX installation…

The living area can be operated through the image of a smartphone camera. When it recognize an object the associated controls are displayed.

With the lamp appears the button, after pointing on the window the controls for the shutters are visible, by recognition of a speaker the volume control is possible and the title of the current song is indicated.

A software package for an embedded miniserver enables a local data management for the different objects of the living environment. These are taught in once via the camera of a smartphone / tablet and then assigned to the devices accessible through the KNX installation.

This assignment process is object-oriented and can thereby be carried out by the end customer. The individual KNX data points of a device are already summarized in the ETS via the product database of the KNX proServ Controller, in order that one “KNX device” can be addressed as a whole.

The following functions can be controlled via augmented reality:

The app on the smartphone of the final customer reads in after connection to the local Wifi these data. The app through the camera compares the actual picture with the read in data. After recognition, the associated device is connected via the KNX proserv and can be managed using the controls displayed directly on the camera image. 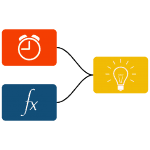 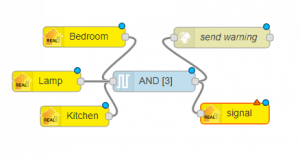 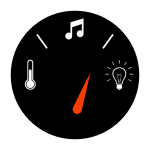 The realKNX Dashboard is a HTML user interface, which is automatically generated. In addition to the functions configured in the ETS, the graphs of the recorded values are also displayed. Furthermore, it can also be adapted with so-called “widgets” such as Spotify Player, webcams, calendar functions and so on. 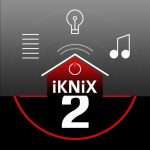 Already the proServ alone enables the visualization via iOS and Android app. 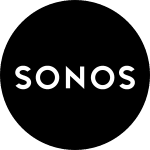 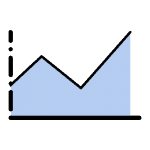 Furthermore, O-two enables data logging with graphical evaluation “Smart Charts” as well as an extensive timer and calendar function. Music lover will appreciate the “Sonos” multiroom driver. Up to 5 Sonos-zones can be controlled via KNX commands. All these functions are invariably configurated via the the proServ ETS product database… a real Plug’n Play. 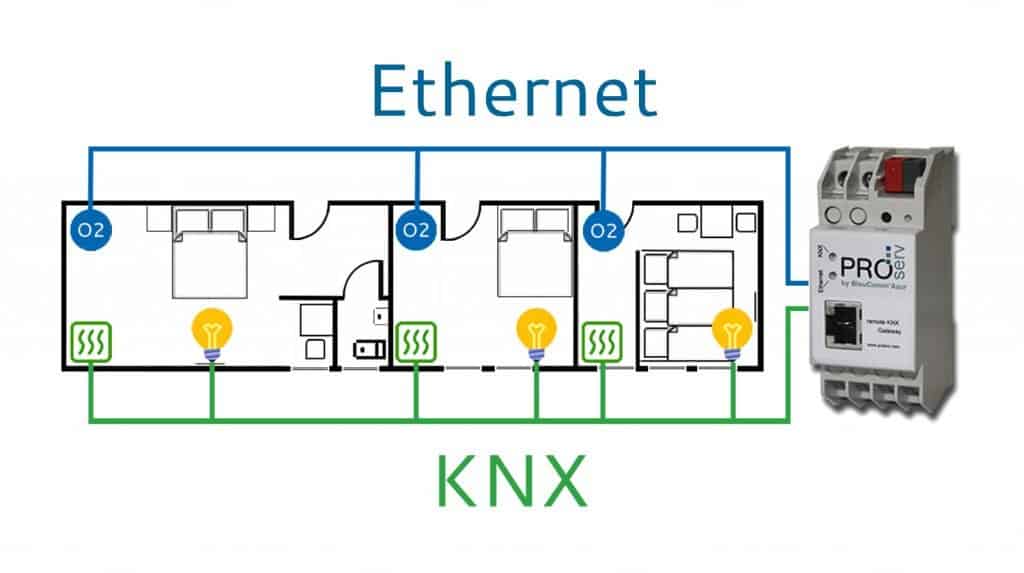 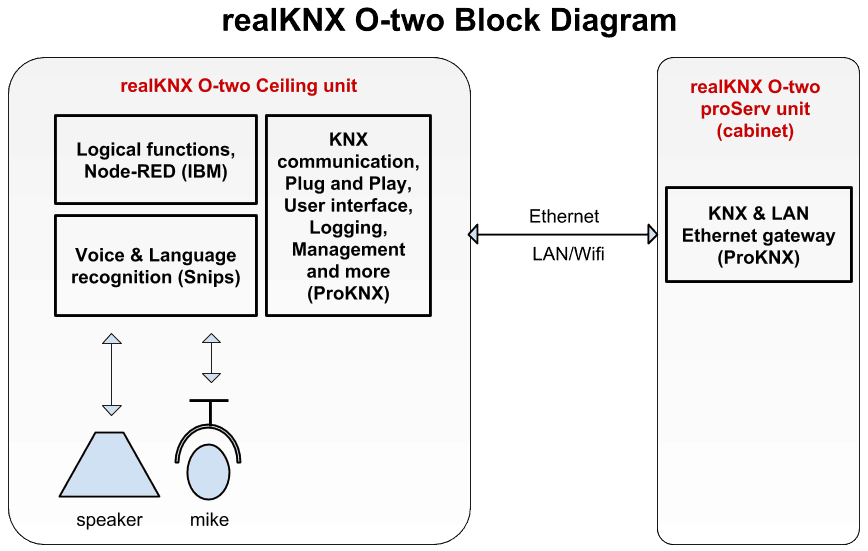 Hotword detection, Voice recognition, Natural language understanding, hospitality and room control logic: all runs on the O-two device. That is: no internet and no cloud services are needed or required. 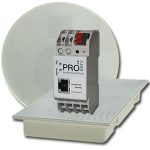